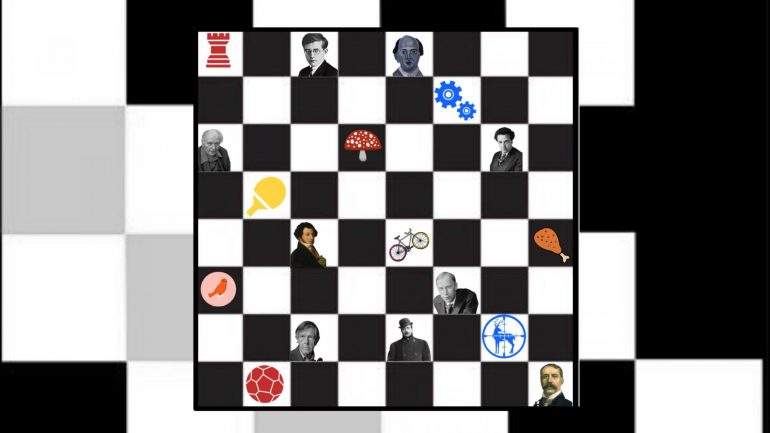 Discounting anything relating to drinking, smoking or general debauchery – they all did it, you do it, we do it, and it’s not a hobby even by the most generous of definitions.

This list contains only those composers dedicated enough to nurture non-musical interests – with photo proof.

For Arnold Schoenberg, proverbial “father of modern music” and great lover of tone rows, table tennis was less of a hobby and more of a pastime. Yes – there is a difference.

But we still wanted to include him anyway.

There’s a certain enjoyment to be had in seeing the dread of many a music student in his summer linens, casually lobbing a ball across a tiny table, you know?

And while we’re on the subject of sports – here’s Dmitri Shostakovich, looking like he’s having the time of his life at a football match.

A lesser known fact, and somewhat, surprising, too, given his sombre looks in more official photos, but – Shostakovich was a huge football fan. He regularly went to matches, kept record of statistics, got certified as a referee, and even dabbled in some sport journalism!

He was also a keen poker player, but, it seems, not always favoured by lady luck – resulting in him losing his concert piano in 1930.

And another one of Sir E. E. True to his social standing, Elgar partook in many fashionable outdoorsy hobbies of late-Victorian day – such as boxing and kite-flying, too.

On the more nerdy side of hobbies within the composing crew, stands Arthur Honegger, fan of engines and all things associated.
The Swiss-French composer famously once said: “I have always loved locomotives passionately. For me they are living creatures and I love them as others love women or horses.”
And the passion was, to be sure, immortalized in his legendary orchestral piece Pacific 231.

Chess could well earn a separate article on its own, as it was the pastime of quite a large number of composers.

Here, looking remarkably serious for his age, is Sergei Prokofiev.
Prokofiev carried his youthful affair with chess throughout the rest of his life, dedicating hours to devising strategies and theorizing moves on the board.

As talk goes, the dedication paid off – Prokofiev’s proficiency was on master level. And he seemed to take quite a bit of pride in that, challenging violinist David Oistrakh to a much publicized chess match back in 1937, which he – won!

Chessbase.com reports  a secret insider tip that there was a bet behind the match: whoever lost, would have to go on a concert tour, while the winner would get to stay home. While not really a confirmed fact, we have to admit it makes for a good story.

And here we have a rare photograph of none other than Giacomo Puccini partaking in one of his favourite hobbies, when visiting Argentina in 1905.

Out of all the people on our list, Puccini seems to have veered the most toward the more rugged, macho-type activities in his free time. A lover of rapidly evolving world of technology in his age (an expensive hobby then and now), he enjoyed admiring and driving cars and speedboats – and here you see him in his own hydro-vehicle which he named (guess what?) Butterfly.

Quite possibly the most famous hobbyist was John Cage – cottagecore king.
Here he is pictured having an absolute marvelous time during his favourite activity – collecting mushrooms. The artist’s interest in fungi started during the Great Depression, when, in lack of other food resources, he had to resort to foraging.

Ultimately, Cage’s interest in the world of  fungi appeared to have influenced aspects of his worldview and aesthetic approaches.

As he wrote in 1954: “I have come to the conclusion that much can be learned about music by devoting oneself to the mushroom.”

And another 20th century composer seems to have found inspiration from quiet contemplation in nature: Olivier Messiaen – the amateur ornithologist.

Those even faintly familiar with his work will know of Catalogue d’Oiseaux, a collection of pieces for solo piano dedicated to capturing bird calls within the rigid notational system.

When walking, Messiaen would always carry a notebook and pen with him, to be able to instantly capture and transcribe the bird song he would hear. At the time of his death, there were over 200 of these filled-out notebooks in his possession!

And finally, a composer even the laziest of us can relate to – gourmand supreme, Giochino Rossini.

After retiring from composing at 37, the obscenely rich Rossini had time for wine, women, and song aplenty. His interest in gastronomy was, to put it mildly, thorough.

As Rossini himself said on one occasion, describing the art of eating with great gusto and, noticeably, a musical ear: „I know of no more admirable occupation than eating, that is really eating. Appetite is for the stomach what love is for the heart. The stomach is the conductor, who rules the grand orchestra of our passions, and rouses it to action. The bassoon or the piccolo, grumbling its discontent or shrilling its longing, personify the empty stomach for me. The stomach, replete, on the other hand, is the triangle of enjoyment or the kettledrum of joy.“ 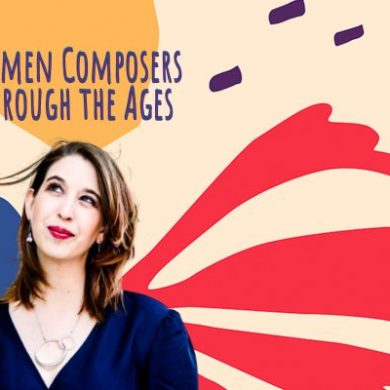