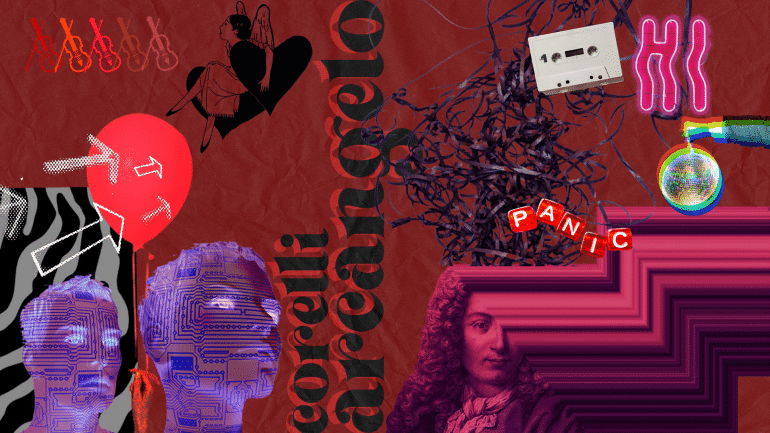 The biographies of the great Italian composer Arcangelo Corelli (1673-1713) testify of a turbulent life filled with strange gaps, replete with embellishments and anecdotal evidence. We try to piece together some of the lesser known facts on the composer’s life.

“Two houses, both alike in dignity”…

Corelli came from a long line of well-endowed agrarian signori (that can be traced back to the 15th century and further), but his lineage suffered major indignities right before his birth. Rodolfo Corelli (likely Arcangelo’s great-grandfather) brought a years-old Fusignano family feudal rivalry to an explosive finish in the first decades of the 1600s, when he attempted an unsuccessful rebellion against the powerful Calcagninis. This coup ended rather poorly for the Corellis – Rodolfo was beheaded and quartered (meaning the body was hacked into four parts – oof) by a papal executioner in 1632.

The fact Corelli received his first music lessons from a priest in Faenza is well-known, as well as his subsequent prolonged stay in Bologna, where he spent four years studying the violin. The young man’s fascination with the instrument became all-consuming, finally driving him toward the decision to dedicate his life to music. The splendor of Bologna, even in its recuperation from a horrible plague wave that decimated its population by a full third, charmed and inspired Corelli to the point of him wanting to assert and assume the rather unfortunate nickname “Il Bolognese” for the remainder of his days.

Luckily for Corelli, the nickname didn’t quite catch on (even though it can be found in some documents referring to the composer, and is still sparingly used even today). We can’t help but feel it was overall for the better, as for the average person today the term would still probably sooner evoke images of pasta than musical prodigy.

A virtuoso unlike any other

Even though we primarily remember Corelli as a composer, during his lifetime he achieved fame as a violin virtuoso. His contemporaries rarely challenged the title: James Drummond, Earl of Perth, wrote of Corelli’s skill in characteristically direct and charmingly gruff English terms, calling him “the best player on the fiddle that ever was.” Yet today, more and more of Corelli’s reputation as a great violinist is being disputed, owing to the vastly different standards set in terms of instrumental technique. Research has shown that Corelli presented one of the last followers of the old school of violin playing – with the instrument on his chest, holding it firmly in place with his left hand. For younger players of his time and especially today, this different style of playing would appear old-fashioned, stuffy, and fundamentally limited in terms of technical ability (and would later lead to several embarrassments to Corelli in his career). There is, still, something to be said for the wealth of melody the composer wrote into his music, while being someone who apparently claimed it was literally impossible to play higher than the high D (E string, third position) on the violin.

A series of letters between Charles Burney and tea magnate Thomas Twining reveals a lot of detail on how Corelli was viewed by his contemporaries, notably another great Italian master of instrumental music, Alessandro Scarlatti.

According to one testimonial, Scarlatti did not particularly like Corelli’s compositions, but he was “extremely struck with the manner in which he played his concertos, and his nice management of his band, the uncommon accuracy of whose performance, gave the concertos an amazing effect; and that, even to the eye as well as the ear.” A few more tidbits on Corelli’s character and professionalism – the composer apparently exerted great discipline on his chamber orchestra, dictating that all bow movements must be uniformly precise, instantly stopping rehearsals if at any point he noticed any discrepancies in his player’s strokes.

Registral limits and spats with Handel

Corelli’s temperamental character, as opposed to the sweet nature of much of his compositions, came to prominence whenever he would come into contact with other famed composers during his career.

One of several noted incidents he had with Handel dates back to a tour Corelli and his chamber orchestra made in London. Remember the composer’s insistence that it was impossible to play above the high D on the violin? One Handel’s composition, a violin sonata he was supposed to play, required a note one step higher than Corelli’s supposed limits. Upon reaching the (impossibly, improbably, indecently) high E, Corelli, some sources claim, stopped and took a long hard look at Handel, who was right there on the same stage. Taking this register break-through an act of great offense, Corelli put down his instrument in indignation and walked off the stage.

A lover of long walks and art

The few precious existing fragments of Corelli’s private life mostly detail his retirement, when he moved into the lovely Palazzetto Ermini where he accumulated an enviable collection of art and expensive instruments. Piero Buscaroli claims it contained “one hundred and thirty-six paintings and drawings, including twenty-two Trevisani, two Maratta, three Cignani, landscapes by Poussin (or by his brother-in-law Dughet), a Madonna del Sassoferrato and numerous Flemings and Emilians.”

Handel’s memories of Corelli further paint a picture of a well dressed man of elegant taste and some peculiar customs, such as his refusal to take a carriage whenever it was possible, preferring instead to walk everywhere – a habit very much unsuited to the great fortune and renown the composer had already acquired at this point in his life. 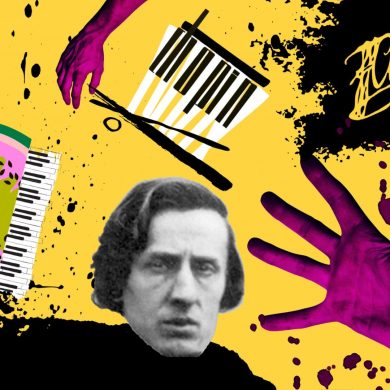