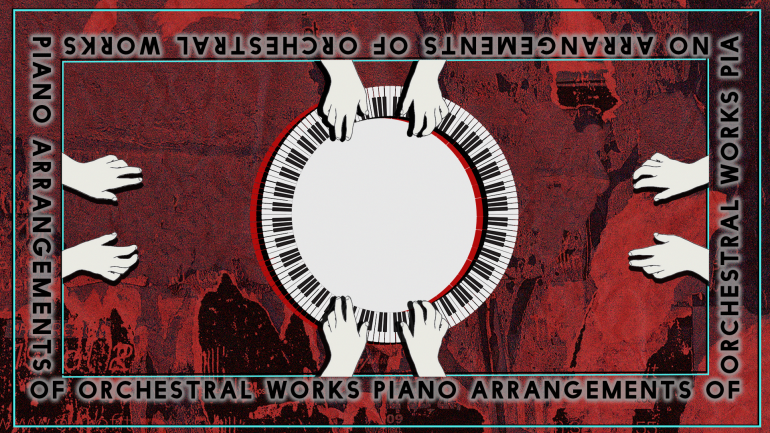 Here are some of the most astonishing piano arrangements of famous orchestral works that are worth listening to!

In this particular example, third movement is performed by pianist Riccardo Caramella. Third movement Poco allegretto in C minor from this Symphony is the most popular one and the one most frequently used.
For example, in 1983 Serge Gainsbourg wrote his famous Baby Alone in Babylone for the singer Jane Birkin – and it is a theme from this movement that is used in the song.

This piano arrangement, written by pianist Karen Kornienko and inspired by Tchaikovsky’s (1840-1893) ballet Swan Lake (1876) is ideal for relaxing, winding down, and creating a fairytale-like ambiance.

P. I. Tchaikovsky, Valse (no.6) from The Sleeping Beauty

Resuming with Tchaikovsky, this Valse no. 6 from his ballet Sleeping Beauty, op. 66 (1889) is arranged by the great Sergei Rachmaninoff for piano (in 4 hands).

When such enchanting music is arranged for a piano by a virtuoso of Rachmaninoff’s caliber, it inspires a desire to dance and play this piece (or call a friend and play it together).

Valse Triste, op. 44, no. 1, is an orchestral piece written by the Finnish composer Jean Sibelius (1865-1957). Initially, it was part of the incidental music he was writing in 1903 for the play Kuolema (Death). However, it superseded it’s original purpose – nowadays it’s far better known as a separate concert piece, and it ultimately became his signature piece and trademark.

This beautiful and sad music, as the name itself suggests, Sibelius later arranged for the piano, and in this video you can hear the stunning performance by pianist Paul Barton.

Sergei Prokofiev (1891-1953) selected orchestral suites from his ballet Romeo and Juliet, op. 64 (1935), and made piano arrangements of those works and classified them as Romeo and Juliet: Ten Pieces for Piano, op. 75. They were performed betwen 1936-37, and are seen as seperate and independent piano work, rather than a „second hand“ score.

Montagues and Capulets is Prokofiev’s most popular piano music – in this case, it is performed by Russian musician Sonya Belousova.

Jazz Suite, Waltz no. 2 (1938) is surely one of the most notable works of Dmitri Shostakovich (1906-1975). It’s from his Suite for Orchestra no. 1, and is arranged by an excellent pianist Florian Noack.

Take a seat, and let the music dazzle you.

This Adagio is from Aram Khachaturian’s (1903—1978) ballet Spartacus (1954),  act II,  where two lovers are celebrating their escape from the Romans. It is said to be one of the most popular compositions from the 20th century.

This beautiful arrangement is also by pianist Paul Barton and represents a shorter version of the  original piano transcription of this piece – its focus is on the main theme.

Max Richter, On the Nature of Daylight

On the Nature of Daylight is part of the album The Blue Notebooks, written by contemporary composer Max Richter in the run-up to the 2003 invasion of Iraq. He described this piece as a meditation on violence.

This composition is used in Martin Scorsese’s film Shutter Island (2010) and in film Arrival (2016) by Denis Villeneuve.

This piano arrangement of Richter’s work will bring you serenity and distress at the same time – it will not leave you indifferent, rest assured.

And last, but not least –  a famous theme from Schindler’s List OST by John Williams, written for the homonymous film in 1993.

Just as the film does not leave you indifferent, the music is a tear jerker in its own right. In this case, the music is arranged for piano by Charles Szczepanek. The pianist emulates an entire orchestra in his arrangement – every tone is in its place.

Expect some tears and shivers whilst indulging in this iteration. 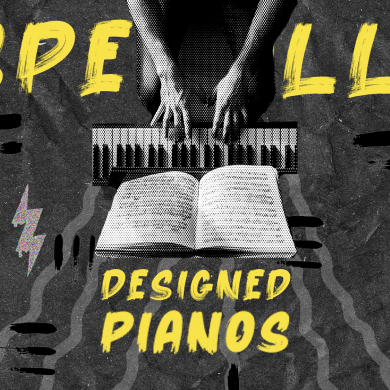