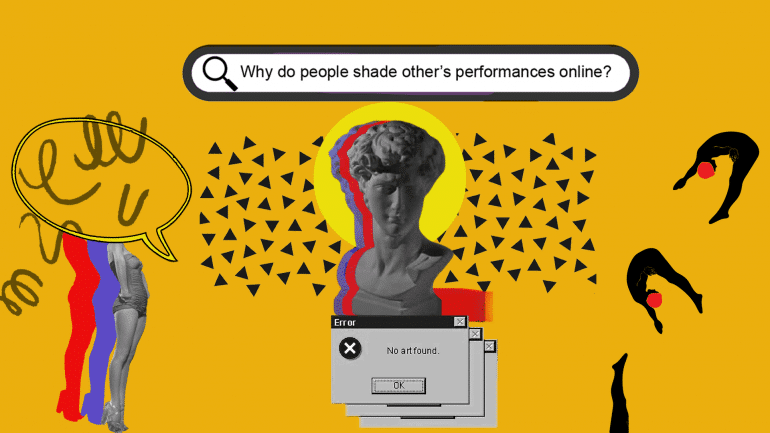 To shade or to throw shade is an expression denoting the act of publicly criticizing, insulting or expressing contempt for someone.

Now, more than ever before, you have the freedom to comment on any performance (or any other content) of any person online and share your judgement with them.
But to what extent is it beneficial? Where does the urge to express your thoughts online – in a rather impolite manner (to use a euphemism)  – with the sole intention of bashing  someone’s work come from? Have we lost all boundaries and decency? Do we really not know better than to publicly express our unfiltered criticism?
Do we anticipate that the person its directed at will actually read our derogatory comment? Or have we become so desensitized and absobed in virtual worlds that we forgrt we’re interacting with other human beings?

Most of the people I discussed this matter with believe that online ’’shaders’’ are idle people, with nothing else to do, so it serves as entertainment and gives them a sense of importance and purpose. And, in addition to that, social networks, or shading hotspots, are usually not a place for dialogue, as paradoxical as it may seem. A major flaw of social media platforms is that the culture of speech is below average.

And I agree with all of the above, but it’s important to note it’s not all black and white. To be honest, all of us, to some extent, have shaded some person/performance we saw online, with our friends. Maybe we commented on the video or merely exchanged snarky thoughts with friends, without posting it publicly.

For example, when you stumble upon some really, really bad performance on YouTube, first thing you do is you go and read the comments, isn’t it? Yes, we’re all guilty of that. And sometimes, the ’’roasting’’ is hilarious and accurate, but also very harsh. Some comments are written with the intent to abase, some are constructive, supported by firm arguments, and some are encouraging and supportive. There’s something for everyone’s taste.

To illustrate, I stumbled upon a YouTube video showing a girl in a blue dress who (tries) to perform a piece, and is failing big time, so much so that it’s uncomfortable to listen to. So, naturally, I scrolled to the comment section. And found every type of comment I listed up above.

There is classical roasting:

Then some (very small percentage of) comments that are supported by facts:

And then, the I’ve been there type of comments and support, that are very important and, unfortunately, insufficiently present in comment sections:

To be fair, reading mean comments is an enjoyable pastime sometimes. And I agree that you should shade people that are totally clueless, like TwoSetViolin do in some of the videos.

All of us should be more mindful of how appropriate or inappropriate a sarcastic comment is given the context, and know when constructive criticism is a better option. Sometimes people just need a supportive comment, because a performance fail can really happen to anyone.

So, if we can’t set our boundaries, maybe we shouldn’t go around shading people and thinking we’d perform better. When we overstep that line, such comments can genuinely have an impact on a person’s productivity and mental health.

In conclusion – choose your words wisely and according to the situation. Be nice. It costs nothing. 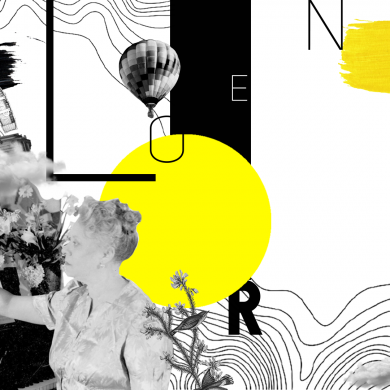