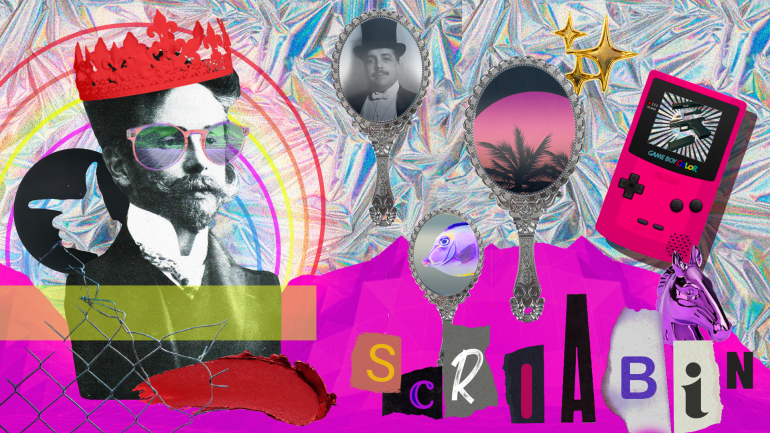 Alexander Scriabin, a stoner’s favourite composer, whose works range from the finest examples of Central European Romanticism and Franco-Russian Exoticism, to harsh atonality of the early 20th century, remains an illusive, somewhat mystifying figure in music history. Though much has been written about his synesthesia and interest in the Occult, some facts of the composer’s life remain a little bit less known to the public. Let’s take a look at a few.

By all acounts, Scriabin was a precocious kid with an ear for music. Before turning nine, he had already been composing, writing poetry and had a sweet little hobby – carving miniature pianos from wood for fun and also making them great gifts for the house guests.

Still as a boy, Scriabin extended his creative output to dramatic works as well. His penchant for tragedy soon became apparent, as one anecdote from his childhood claims – most of the characters in his dramas would’ve been killed off by the third act. According to the memories of his aunt Lyubov Aleksandrovna, he once exclaimed after a particulary gruesome dramatic turn of his own making: „Auntie, I’ve no characters left to go on with.”

A history of pianism is a history of perfectionism and inadvertent self-harm that occurs in the quest to achieve it. The story of Scriabin injuring his right hand by over-practicing is well-known, but there’s one more reason as to why his piano works frequently include a particularly challenging left-hand part. During the composer’s student years, in one very unlucky incident on the Kouznetz Bridge in Moscow, he was knocked down by a taxi carriage – breaking his right collarbone. During his convalescence, Scriabin practiced the piano with just his left hand; in later years this experience partially inspired his Prelude and Nocturne op. 9 for left hand.

As a great Russian artist cruising through Europe at the dawn of the 20th century, it was pretty much inevitable Scriabin would at some point cross paths with Serge(i) Diaghilev, the end-all-be-all of impresarios of his day. It was the first Saison Russe in Paris and Scriabin was set to collab with the Diaghilev troupe. A short outburst during the premiere of his Second symphony soon ended the professional partnership, though – with a banal confrontation over late concert tickets taking a nasty turn and ending with Scriabin screaming in Diaghilev’s face: “You allow yourself to talk this way to me! You forget art. We are artists. We create it, and you, you merely fidget and strut about its edges selling it. Without us who would want even to know you? You would be less than… than nothing on earth!”

Yuri Engel, the chief chronicler of this tale (and Scriabin’s biographer, just sayin’), claims Diaghilev’s response was to humbly lower his head and accept the insult with a substantially submissive response – knowing all that we do on Diaghilev, this seems sus. The fact that after that incident Scriabin and Diaghilev never collaborated again, points to a (most likely) different end to this anecdote.

Supporter of the Great War?

In a letter published in the Moscow journal Mouzika, Scriabin expressed his views on the conflict, stating  that it was felt almost as a necessity. „…at certain times the masses urgently need to be shaken up, in order to purify the human organisation and fit it for the reception of more delicate vibrations than those to which it has hitherto responded.“ He further adds: „These upheavals (cataclysms, catastrophes, wars, revolutions, etc.), in shaking the souls of men, open them to the reception of the idea hidden behind the outward happenings.“

Scriabin’s take on the whole bloody mess feels like a very new-age, crystal-clutching, indica-scented kind of opinion. Considering the composer didn’t live to witness the full effects of the Great War, his silver-lining school of thought, which, to be fair, pondered mostly on the role of the ~artiste~*~ and the ~intellectuel~*~ in times of turmoil can almost be understood and subsequently dismissed in all its naivety. And yet… we can’t help but notice how some of its fragments echo the notoriously conflict-hungry proclamations of Italian Futurists.

Scriabin’s connection to Futurism doesn’t just stop there. Apart from revolutionary moves he made inspired by his synesthesia (chiefly Prometheus and clavier à lumières), another frontier of sound he took active interest in was the integration of machine sonorities into the traditional orchestra.

Riding the tide of Marinetti and co, and on the other side of the ocean, Edgard Varèse, Scriabin was, in fact, amongst the first to experiment with including  a mechanical object – an airplane propeller – into an orchestral piece, as described in his plans for another work inspired by Greek mythology: symphonic picture Icarus.

Another very interesting detail has to be mentioned here: the notion of flight in music was one of Scriabin’s central preoccupations in his mature period. Transcribing this unique motion into music as a series of upward motifs, it was described alternately as vzlyot, or polyot or porïv in Russian. Intrinsically linked with a sense of yearning, desire and ecstasy, the leitmotif of soaring can be found in many of the later Scriabin’s scores. 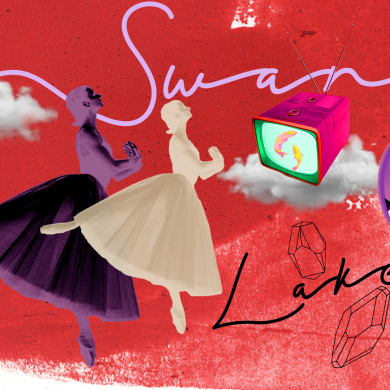