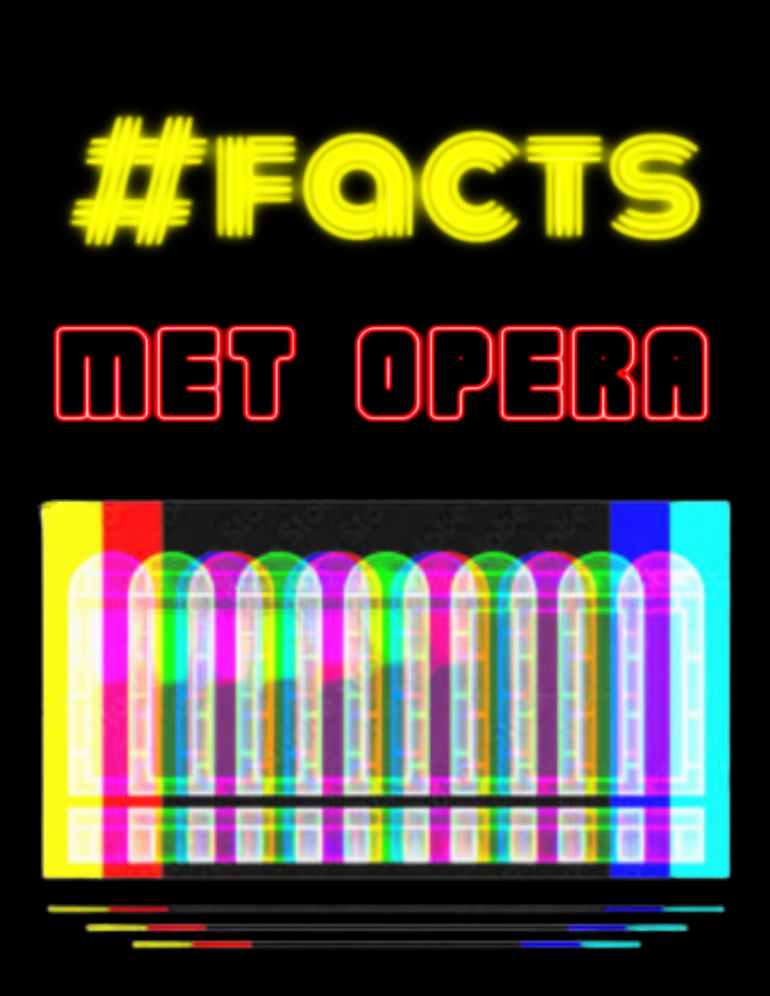 From being a crime scene of a murder case to its construction of a golden ceiling threatening to drain the national reserves, here are a few incredible things to discover about the history of the Metropolitan Opera of New York!

Built in 1966 and ranked among the most prestigious opera houses in the world, the Metropolitan Opera in New York, also known as “The Met ” (not to be confused with the Metropolitan Museum of Art ) is the most important classical music institution in the United States. With an impressive schedule of seven performances in six days each week, the Met’s history isn’t just about its busy schedule: here are 10 (small) things to know about its history.

Initially, a gift to the millionaire’s wife

In the middle of the 19th century, New York opera lovers adored visiting the Academy of Music Opera House. The room was small, but the wealthy spectators who could afford a place there were very proud to display their privilege.
One night when the wife of an heir to the Vanderbilt family (the richest in the United States at the time) found herself in a position of “less favorable” view, her husband decided to build the most lavish opera house, so his wife could fully enjoy the experience. This anecdote told by the soprano Lilli Lehmann partially introduces the story of the beginning of a new opera house in 1883, the famous Metropolitan Opera in New York.

A bad start of the fire at the right time

On August 27, 1892, a set painter dropped his cigarette into a bucket of paint thinner. Despite the promises of a building being capable of withstanding fire, the opera hall ignited instantly, and the flames spread quickly due to the faulty sprinkler system and wooden decorations.

After existing for only nine years, the auditorium was entirely ravaged. Its reconstruction required vast sums of money (nearly a million dollars in total), but the 35 shareholders of the “Metropolitan Opera and Real Estate Company” believed it was essential for New York to have such a hall and accepted the project. The new space would even be improved, with the addition of 350 new seats and an enlarged area for standing spectators. Had this fire taken place a year later, during the infamous financial crisis called “The Panic of 1893”, the reconstruction of the opera would have been unthinkable.

After the Second World War, several prominent American political, financial, and cultural leaders decided to seize the opportunity of Europe’s economic weakness to transform New York into an international cultural capital. But for this, it was necessary to build a new opera house worthy of the name. Despite its elegance and impeccable acoustics, the building of the Old Metropolitan Opera severely lacked technical means, especially on stage and behind the scenes.

After many discussions and proposals for new locations, it was decided that the new Metropolitan Opera would join the “Lincoln Center Renewal Project” proposed by the American urban planner Robert Moses, the “Haussmann” of New York. Alongside twelve artistic institutions such as the New York Philharmonic and the New York City Ballet, the Lincoln Center needed to be a cultural center capable of elevating New York to the rank of London, Paris, or Vienna.

The objective was achieved: with 3,732 seats and 245 standing places, the Metropolitan Opera in New York held the title of the largest opera house in the world. And yet, the first architectural ideas proposed a room with 4,500 seats! Still, the director Rudolf Bing thought that the extra seats would not necessarily be an advantage and that it would be wiser to favor the success of a small room that’s full rather than the failure of an enormous empty room.

Audiences are often dazzled by the artistic prowess on the Met stage, but there’s another dazzling element in this prestigious hall: the gold ceiling!

During the construction, more than a million sheets of gold of about 6 cm², each 23 carats, were meticulously applied to the ceiling, one by one. The process was long, but the American state itself also slowed it down: in order not to empty its reserves, it only made a small quantity of gold available to the Met each week.

A mythical chandelier created by chance

It’s hard not to notice the magnificent chandeliers in the foyer and auditorium at the Met. A gift from Austria to the United States in gratitude for the Marshall Plan (the American financial support program granted to Europe for its 1945 reconstruction), these chandeliers are veritable explosions of light. These luminous decorations attract viewers not only by their unique shape but also by their surprising origin.

Their story begins in 1965 when Tadeusz Leski, the right-hand man of the principal architect Wallace K. Harrison, got down to the preparation of a sketch of the interior, which he had to present to John D. Rockefeller III (chairman of the committee for the Lincoln Center project) and Rudolf Bing (director of the Metropolitan Opera). Leski modified his work until the very last moment when a drop of ink suddenly fell from the brush onto the drawing. By chance, the shape left by the radiance of the drop intrigued Leski, who connected the dots and drew inspiration from it to create a chandelier with astral appearances. The committee was delighted with the design, and the rest is history.

Another incident that turned into a happy coincidence! When the new Met was being built, director Rudolf Bing commissioned Marc Chagall to create two enormous frescoes for the foyer.

The artist declared at the beginning of the 1960s, “I am looking for a big wall ”, and he was not disappointed. The French painter created two frescoes: The Sources of Music (King David plays the harp surrounded by musicians and angels) and The Power of Music (an angel with a trumpet at the heart of a whirlwind that carries away musicians and animals).

However, while installing the frescoes, the order was reversed. and the workers installed the paintings in the wrong place.

“I screamed like I’ve never screamed before. My mother, when she gave birth to her children, hadn’t cried so much. You could probably hear me everywhere in Lincoln Square” – Chagall’s biography by Jackie Wullschlager.

Once calmed down, the painter decided to keep the error: he even noted the symbolic beauty of the positioning of the trumpet players in each painting, now facing inwards, serenading the public in the foyer.

The Met opened on September 16, 1966, for its inaugural concert with the world premiere of Samuel Barber’s new opera Antony and Cleopatra; but alas, the evening was anything but a success. Certain technical means have never been tested before, lighting errors were multiplying, grips were unhappy, the orchestra without a contract was about to go on strike, and opera passages have been cut just before the concert because they were considered too difficult to play. In short, the inauguration seemed to be cursed. What’s worse, the star of the evening, soprano Leontyne Price, got locked in a faulty pyramid-shaped set!

Abandoned after only eight performances, Antony and Cleopatra fell into oblivion and remain (according to the press) one of the biggest failures in the history of opera. The grandiose staging imagined by the scenographer, librettist, and director Franco Zeffirelli was the antithesis of the intimate work imagined by Barber: “What I had composed and what I had imagined had nothing to do with what we could see on this scene“, admitted the composer years later. Deeply discouraged by the failure of his work, the composer did not compose anything for five years.

Many deaths have taken place on the Met stage, and not just in staged storylines. Some singers really drew their last breath in front of the audience, such as baritone Leonard Warren in 1960, bass Armand Castelmary in 1987, and tenor Richard Versalle in 1996, all of whom died on stage from heart problems.

But it was in 1980 that the Met had its most sordid history. On July 24, violinist Helen Hagnes Mintiksis was found dead in an air duct, naked and tied up. The police investigation lasted several months and fascinated the entire city of New York. It was revealed that the young woman died the day before after being absent during the intermission. She met Craig Crimmins, a 21-year-old grip under the influence of drugs and alcohol, who sexually assaulted her and, faced with her refusal, killed her. He was sentenced to 20 years in prison.

The Met on the radio? Never! And then…

It’s hard to imagine not being able to hear opera on the radio. Yet, before 1931 that form of entertainment didn’t exist! Met director Giulio Gatti-Casazza repeatedly refused live radio broadcasting from his opera, for fear of poor sound quality and a likely drop in sales if the opera became free on radio.

But the final decision was not just up to Gatti. In October 1931, Otto Kahn, chairman of the board of the Metropolitan Opera Company, resigned, and he was replaced by his attorney Paul D. Cravath. With a portfolio of prestigious clients, such as the American audiovisual group NBC, the latter took advantage of his new position to sign a contract with NBC for the broadcasting of 24 operas live. Convinced by the technical prowess of the American group, Gatti finally accepted, and on December 25, 1931, the Met became the first opera house in the world to broadcast a live opera.

The Met at the forefront

Since its radio revolution in 1931, the Met has continued to be at the forefront of technological innovation. In 1995, small screens were installed in the seats of the auditorium allowing the public to read the subtitles of the work presented in the language of their choice.

In an effort to expand his audience, the current director of the Metropolitan Opera, Peter Gelb, launched a bold project in 2006, inspired by his predecessor Gatti-Casazza: the very first live broadcast of an opera in the cinema. Risk-taking was rewarded, the Metropolitan Opera Live in HD project is now a great success, broadcasting around ten different productions in several thousand theaters across 60 countries around the world and several million spectators. 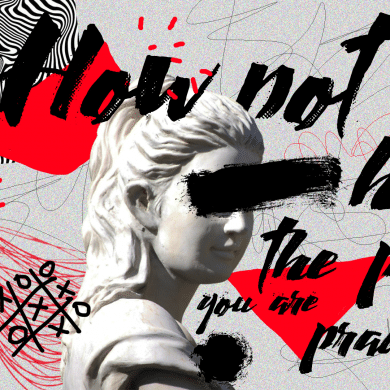