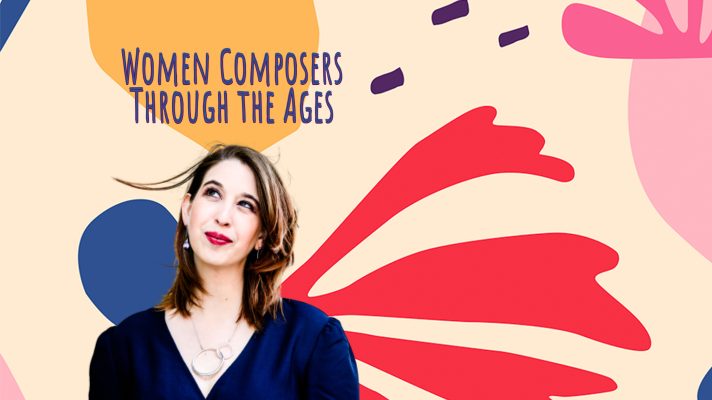 Soprano and writer Lisa Newill-Smith has performed across Europe and the United States. A passionate advocate of music by women, she is the founder of WomenWhoComposed performing livestream concerts and spreading information about female composers. She has sung with various ensembles in Germany, including Phoenix16, Passagio Oper, and the Synagogue Berlin Ensemble.

Besides singing, Lisa is an avid writer and blogger. She has worked for PrecisionContent LLC as a Junior Editor and Senior Writer, GetYourGuide as a travel content editor, and KnowYourInstrument as a freelancer.

Her short story, “The Last Elf of Corath” earned a spot in the Michael Mullan Cancer Fund Writing Competition 2019’s Long List, and she is working her way through her sci-fi/fantasy novel.

Throughout history, men have always had the advantage when it comes to composing. For centuries, the traditional pathways of supporting yourself as a composer, like becoming a court composer, were only open to men.

However, despite these obstacles, women have been composing just as long as men. We just don’t perform their music today. Because women didn’t have the support of the system, they often had to self-publish and self-promote, meaning when a composer died, her work faded out of the canon and into history. This phenomenon happened to many composers, even ones who were wildly popular in their time.

Still not convinced? Here are some composers from early Baroque times through to today to check out. There’s music out there by women for all instruments, ensembles, and voices. Whatever your taste, there’s a composer for you.

Francesca quickly rose to the attention of the Medici family, eventually becoming the first woman to compose an opera, La liberzione di Ruggiero. Her other surviving works are primarily for the soprano voice and lute accompaniment since she regularly performed for the Medici family and other nobles.

She wrote in an early Baroque style similar to Monteverdi.

Born to an unmarried mother in 1619 in Venice, Italy, young Barbara soon proved her talent as a singer and composer. However, she also quickly learned that as a singer, she was also expected to act as a courtesan.

Barbara became the most widely published composer in secular music from 17th century Venice. Most of her works are for voice and feature an emphasis on word painting.

Martines was born to a wealthy family in the heart of Vienna. Her talent for composition quickly became known throughout this musical city, and in 1761, the royal court of Empress Maria Theresa heard one of her masses for chorus and orchestra.

Despite being barred from working as a court composer due to her gender, Martines became a successful composer, including becoming the first woman to receive an invitation to the Accademia Filarmonica in Bologna. Her works range from challenging keyboard pieces, to large choral masses, to intricate cantatas for solo soprano in a Viennese classical style.

Unlike her brother Felix, Fanny had to constantly fight to be taken seriously as a composer. Only her husband, Wilhelm Hensel, truly supported her musical activities. Although others in her family supported her composing by allowing her to perform her pieces at home concerts, only Wilhelm thought she should publish her many works.

Her house concerts became a huge success in artistic Berlin, where she premiered many of her over 450 compositions. Her works for solo piano are fiendishly difficult. Other works include songs for voice and piano, cantatas, piano trios and quartets, and an orchestral overture.

The idea that women should remain in the house truly hampered Clara’s compositional career. Her husband, the famous composer Robert Schumann, always took precedence over Clara’s work, despite the fact that her many concert tours as a pianist supported their family of 8 children much more than her husband’s composing work.

Her works are sadly limited in number, but beautiful. There are several pieces for voice and piano, as well as works for solo piano, Romances for violin and piano, and a piano concerto.

Amy was a child prodigy on the piano and had she been born a boy, would have likely gone on to study in Europe. Her Gaelic Symphony was the first symphony by a woman performed by an orchestra in the United States. However, despite her immense talent, she was married off at 18 to an older doctor, who curtailed her composing and performing.

After his passing, she traveled to Europe and became a hit. Her works have a distinctly American sound with a German Romantic influence and included many works for voice and piano, a symphony, piano concertos, a chamber opera, and Sonatas for Violin.

Florence faced not only sexism but also racism throughout her compositional journey. Despite the many issues she faced, she became an accomplished composer, including becoming the first Black woman to have a symphony performed by an orchestra.

After her death, many of her works were lost. In 2009, dozens of scores were found in an attic, and activists have worked to re-establish her as a prominent American composer. Her works for piano, voice, orchestra, organ, and violin all have a firm grounding in the American style. She often combined blues rhythms and chords with European Romantic phrasings.

Pauline was born into a musical family in Paris. She became an international opera star at the age of 18 in London. However, she was also a talented pianist and composer who worked closely with Chopin, Gounod, and Meyerbeer. Pauline wrote several salon operas

Ruth was born to Jewish parents in Hamburg, Germany. Her musical talent, particularly as a pianist, became clear early on. Despite becoming one of the youngest students ever at Berlin’s Stern Conservatory, she had to leave in 1935 after Jews were expelled. Her family soon fled Germany, eventually ending up in Mexico.

There, Hindemith heard her perform one of her own concertos and invited her to study on a full scholarship at Yale. Until her death, she lived in the United States and created a huge output of pieces, from operas to chamber music, to challenging piano works.

Her style reflects the trend towards experimental music and combines some extended techniques with more romantic themes.

Next time you’re planning a recital or just playing through some music with friends, why not reach for one of Fanny Hensel’s piano trios, or include a set of Clara Schumann songs? Despite the prejudice they faced, these women were able to create stunning, unique pieces of music, and they deserve to be remembered,  played, and recognized.

To fight to be taken seriously as a composer constantly. 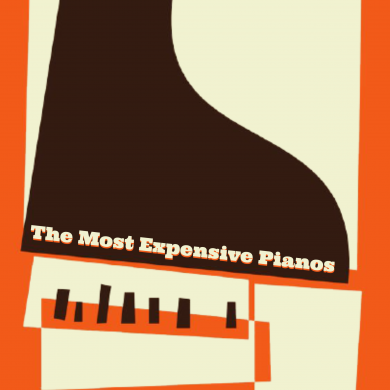