A look at the life and work of a quintessentially American composer.

In one of the concerts-slash-lectures of his widely acclaimed televised concert cycles aimed at America’s baby-boomer youth – Young People’s Concerts – Leonard Bernstein gives a strange, surprisingly specific and thought-provoking answer to the question: What is American music?

(Psst: Just so you know, we’re not trying to cancel Bernstein here.)

In this hour-long TV special, the famed conductor talked about the development of classical music on American soil, and tried to pin-point the exact moment American composers stopped copying Europeans and developed a compositional language all of their own. Bernstein’s thesis is that this happened in the inter-war period, when, according to him, American classical music ended its “student” period, graduated, and metaphorically entered maturity. Amongst the composers who represent stages of this century-long journey, the conductor singled out his BFF Aaron Copeland, mentioning, as well, authors like Antonin Dvořák, George Chadwick, Edward MacDowell, George Gershwin, William Schumann, and others. It’s pretty obvious that Bernstein’s list of important American composers consists completely of WAPs – White American Peeps (what we meant, obviously).

(Sidebar, real quick: Canceling Bernstein is not what we’re going for here.)

This choice list might be something that you could easily disregard, were it not coupled with a number of ‘humorous’ comments regarding the “primitive” musics of Native Americans and Afro-Americans. In an effort to offer an answer to the question of how a “melting pot” nation can produce a unified, shared musical language, Bernstein, in fact, went and completely dismissed “Negro” and “Indian” musical heritages as unsuitable building blocks for an “American” style. The only times when he compliments components of these respective musical folklores, especially their wealth and diversity of rhythms, is when they are integrated into the world of art music, by way of jazz and by an intervening hand of the white composer.

REMINDER: No one is cancelling Bernstein! But – it’s pretty obvious, from a contemporary standpoint, that his lecture has some… inconsistencies.

In contrast to what Bernstein’s TV talk would have you believe, African American classical composition was on the rise all the way back when Dvořák visited the States at the turn of the 19th century. Creative productivity especially blossomed during the Harlem and Chicago renaissances, when first generations of Black urbanites came of age, after their families emigrated in mass numbers from the rural South to the cosmopolitan areas on the West and East Coast.

And, after New Conservatory of Music was founded in New York in 1885 –a non-profit institution which only charged its pupils if they could pay their tuition (like… can you imagine?) – many talented African American students became musically literate and highly educated, and subsequently empowered to pursue careers as performers and composers in the field of classical music, actively contributing to 👏 the 👏 American canon.

Now – instead of putting together a simple overview of African American composers and characteristics of their music at the turn of the past century, we wanted to focus on just one, distinctive person from this milieu, whose career reached its peak in 1940 when they were accepted in the Society of American composers, only to then wildly stumble, until the moment when their work was widely forgotten, for almost a century.

As you’d already know from the title – yes, we’re talking about Florence Price, the first African American composer to have received national acclaim for her symphonic work, and whose music reflects all those qualities Bernstein lists as quintessentially American: width of musical thought, optimism of the spirit, and the simplicity and sentimentality of the melody, which is, at its core, folkloric.

A word or two on Florence Price

Florence Price was born in Little Rock (Arkansas), in a bubble of time within the 19th century when the temporarily won socio-economic prosperity of African Americans in the USA began to recede, and white supremacy was on the rise again. When Price was still a child, she displayed an incredible gift for music, with one of her pieces seeing print when she was just 11. Faced with the rise of institutional racism in the USA, Florence’s mother decided, so as to give her a chance of success, to use her light complexion to their advantage – and so Price enrolled in New England Conservatory with Pueblo (Mexico) listed as her hometown on her paperwork. She graduated from George Chadwick’s class in 1906, as an organist and a pianist. After a short stay in Little Rock, during which she started a family, in 1927, Price moved to Chicago with her husband and children. There she took the opportunity to continue her education, and attended courses at various colleges in town.

Music wasn’t her only field of interest: according to Price’s daughter, she had in fact wanted to be a doctor, but because of her circumstances had to ‘settle’ for a composing profession. Price earned her income through a number of jobs: she taught private piano lessons, wrote works and applied to various competitions, along with composing radio jingles.

In 1932, her Symphony in E minor won the Wanamaker prize, bringing Price’s name and work to wider acclaim. The symphony, then, attracted the attention of conductor Frederick Stock, who premiered it with the Chicago Symphony Orchestra in the next year, marking this occasion as the first time any notable American orchestra performed a piece by a female composer of African American descent. Now, let’s lend this baby an ear.

Florence Price’s Symphony in E-minor possesses all the qualities of a mature composer, an author of formed style and clearly-set goals. At the same time, there are a few weaknesses – or should we say interesting structural choices – in her treatment of a symphonic cycle as a whole; again, understandable seeing as this was Price’s first large-scale work. The weight of the whole lies heavily on the first two movements, Allegro non troppo and Largo, Maestoso, which take up more than three quarters of the complete work, while the third and fourth movement together last for barely more than four minutes. A freshness of imagination is evident, a familiar characteristic of many a first symphony – just listen how the first movement flows and soars from bar 1, never stopping its drive.

The interpolations of sounds of gospel and Southern song, with their specific syncopated beats, together with certain choices when it comes to the orchestration of the piece, give the work a special colour which differentiates it from the European symphonic stylings of late Romanticism. The timbre might be, in fact, our very favourite thing about this work; there is a certain delicacy and inventiveness to Price’s treatment of instrumental colour,  which only occasionally gives hints to her relative inexperience in symphonic orchestration. The bassoon is singled out as a solo instrument (being given the lovely principal theme in the 1st movement), and brass dominates throughout the Brucknerian 2nd (which, lbr, does drag at times, thanks Bruckner), in reference to Independence Day parades and Baptist church bands.

A significant component of the symphony is work with complex rhythmic patterns, which take inspiration from the rural African American juba dance, in which the body is used as an instrument – sound is elicited through stomping and clapping. Echoes of this dance can be heard not only in the third movement here, but also in the Finale of Price’s Third symphony (written in 1940), as well as pieces for piano such as Arkansas Jitter and Three Little Negro Dances (1933).

All of these characteristics, together, reveal the composer’s effort to write a work which would represent a symbiosis of African American musical heritage, American culture, and aspects of European symphonism. Special effort, according to Price herself, went into making her work “Negroid in character and expression”, but to avoid quotational practice, transfiguring key characteristics of African American music into classical music form and genre instead. Price’s work, therefore, exceedingly well represents and reflects on autochthonous, authentic musical practices which originated on American grounds long before jazz was born.

The legacy, the loss

Still, even with the acclaim Price won during her lifetime, and even with her importance in the history of development of Black classical music, her works, for a long time, remained largely out of orchestral repertoires.

Back in 2018, though, news broke simultaneously in The New York Times and The New Yorker; the remains of Price’s ouevre, long considered to be lost, were found in 2009 in an abandoned house in St. Anna (Illinois). Among the pile of abandoned papers were fragments of personal correspondence, manuscripts, books – all left and forgotten in a house that was once the summer residence of Florence Price and her family. The reasons for this abandonment are multiple, and the composer was conscious of them as well, pin-pointing them with detached accuracy in a letter to conductor Serge Koussevitzky: “My dear Dr. Koussevitzky, To begin with I have two handicaps—those of sex and race. I am a woman; and I have some Negro blood in my veins.”

The exciting discovery of Price’s manuscripts, still, not only reminded us of the unfortunate trajectory of Price’s career and her subsequent erasure from the annals of American music history, but it also signaled a new beginning, an impulse that could lead to further explorations of this period in time, which could result in extraordinary new discoveries and significant expansions made to the canon. (We’re the silver-lining sort of folks, here.)

In the words of our fave, Alex Ross: “Listening to her, I have the uncanny sense of hearing the symphonies and operas that women and African-Americans were all but barred from writing during the Romantic heyday, when the busts on the piano were being carved. She seems to speak from an imaginary past, from an alternative history of an America that lived up to its stated ideals.”

In this moment in time, the energetic, bright and colourful sounds of Florence Price do not only highlight her own brilliance, but cue us into the existence of many others, still unheard works by unheard-of authors, and as a window to a different, new view of American musical past. 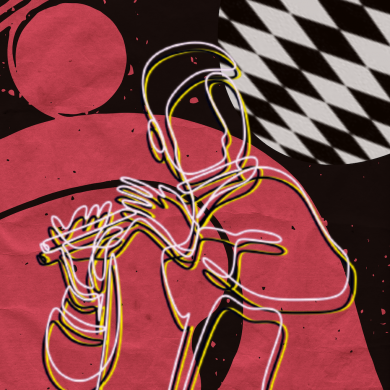