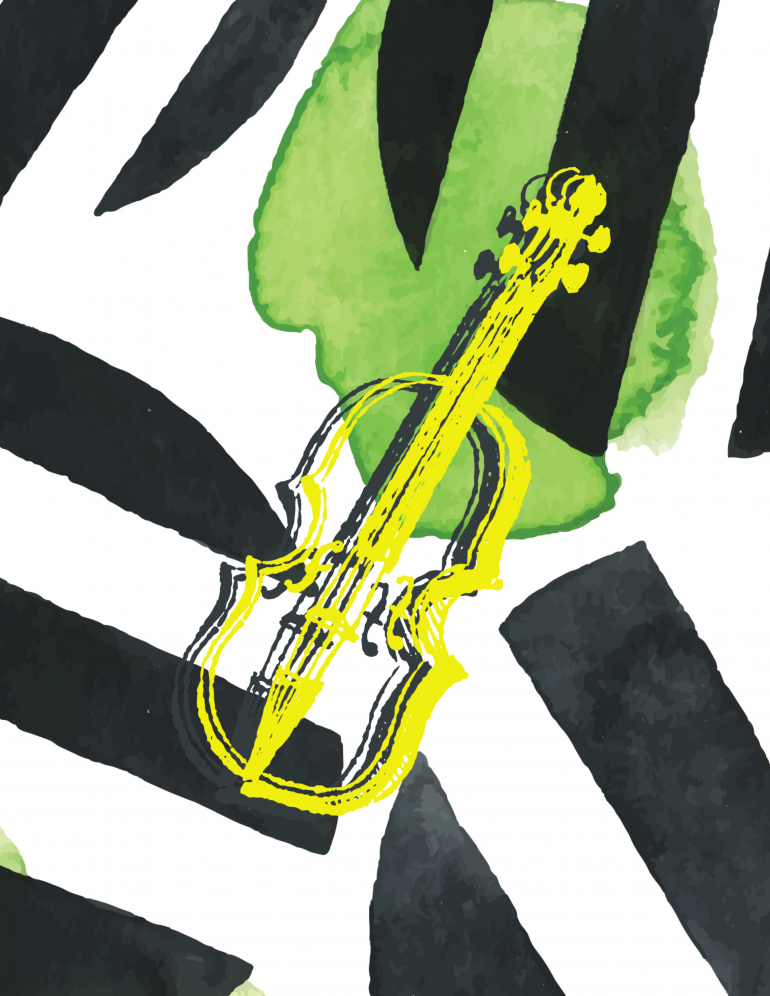 These violins were crafted by Antonio Stradivari or Guarneri “del Gesù”; they have passed through the hands of virtuosos like Paganini, Menuhin, or Perlman… And they cost at least a million dollars.

Even though some experts think that modern violins outperform them, these exceptional instruments made by Antonio Stradivari and Giuseppe Antonio Guarneri (aka Guarnerius del Gesù, ‘of Jesus’) continue to be a hot and inspirational topic. Is it their exceptional sound or the virtuosos that have played them or because of novel-like backstories, such as the ‘Gibson’ Stradivarius which went missing for almost 50 years? When they appear in public auctions, dramatic headlines are inevitable, whilst privately they are rumored to reach astronomic prices.

Let’s see the list of valuable violins that most of us won’t ever own. Maybe as an NFT, just maybe – one can dream, right?

Created by the Italian luthier Giovanni Battista Guadagnini (1711-1786) in 1778, the violin takes its name from its owner Dorothy DeLay – a great American violinist and teacher. She worked as an assistant to Ivan Galamain at the Julliard School of Music, where Itzhak Perlman was studying at the time. She also taught violin to Albert Stern, Nigel Kennedy, Jean-François Rivest, and Gil Shaham, before starting her school. DeLay was famous for a very informal approach to her students, calling them ‘sugarplum’ or ‘sweetheart’, yet notorious for her unpunctuality. The violin was auctioned for $1.4 million at Tarisio in 2013, the highest officially recorded sum for a Guadagnini.

Also named by its owner, the French violinist Rodolphe Kreutzer (Beethoven dedicated his 9th violin sonata to Rodolphe). Stradivari designed this violin in 1727 and its journey was very interesting. Passing through many different hands through time from the luthier Jean-Baptiste Vuillaume, a Grand Duke of Russia, to then American Senator William Andrews Clark. Clark was enjoying collecting rare instruments and he owned seven Stradivarius violins (including a different 1731 Kreutzer valued in 2014 at $7.5 million). The current owner of the 1727 Kreutzer is the violinist Maxim Vengerov. He acquired it in 1998 for $1.5 million.

Also designed by Stradivarius(shocker) in 1720 and named ‘The Red Violin’ because of its vivid red hue. After being owned and played by Joseph Joachim, ‘The Red Violin’ disappeared for nearly 200 years before appearing in Berlin in 1930. And what’s a life without a twist – the owner was Lili von Mendelssohn(a descendent of Felix Mendelssohn–Bartholdy).

Its sale in 1990 was a record for a violin: £902,000. Acquired by the heir of the American industrial family – the Pitcairns. His only granddaughter, Elizabeth Pitcairn got the violin (WE ALL WANT GRANDFATHER LIKE MR. PITCAIRN). Interesting violin’s history was also the subject of a 1999 film The Red Violin, directed by Francois Girard.

Designed in 1699 by Antonio Stradivari, the Lady Tennant-Lafont first belonged to the violinist Charles Philippe Lafont, a student of Rodolphe Kreutzer and contemporary of Niccolo Paganini. Charles and Paganini competed at La Scala in 1816 and no one won. The violin was bought in 1900 by a wealthy Scottish businessman, Sir Charles Tennant, who offered it to his wife Marguerite, an amateur violinist.

Auctioned at Christie’s in 2005, the Stradivari Society of Chicago acquired it for a little over $1.7 million and entrusted it to the Chinese violinist Liu Yang, then to Xiang Gao in 2007 then, in 2009, to the Belgian soloist Yossif Ivanov.

Designed in Cremona around 1725 by Giuseppe Antonio Guarneri, Guarnerius De Gesù violin is sold at auction to an anonymous buyer in 2012 for about $2Million. The price justifies the rarity of the instrument. It was only the second Guarneri’s violin to be auctioned in 10 years.

A masterpiece by Antonio Stradivari, Baron von der Leyen dates from 1705, the “golden age” of the Italian luthier. Its name comes from its owner, Baron Friedrich Heinrich von Freidrich von der Leyen (1769 – 1825), a wealthy German textile merchant who seemed sufficiently interested in instruments to own two more Stradivarius violins. Subsequently, the violin passed into the hands of a Norwegian philanthropist, Anton Friedrik Klaveness, before ending up in those of an anonymous buyer, after a sale at Tarisio in 2012 for nearly $2.3 million.

More than 2 million dollars were spent by an anonymous buyer on a “late” Stradivarius created in 1729: the affair caused a stir in 2007, following the auction organized by Christie’s. The violin does not date from the “golden age” of the famous luthier, but its so-called “maturity” period.

The violin’s nickname comes from the names of two of its owners: the British violinist Dorothy Mary Murray Lambert, a pupil of Carl Flesch and Leopold Auer who had a career as a soloist in the 1920s and 1930s, and the American entrepreneur Seymour Solomon, co-founder of the Vanguard Records label.

Estimated by Christie’s at between $1.5 and $2.5 million before it was auctioned on May 16, 2006, the Hammer was ultimately won by an anonymous buyer for $3.54 million, setting a new record. This date also marks the end of the use of the instrument by violinist Kyoko Takezawa, who had previously benefited from a loan from the Nippon Music Foundation.

Designed in 1709, in the “golden age” of Antonio Stradivari, the violin bears the name of Swedish collector Christian Hammer.

Rumor has it that Napoleon Bonaparte was one of the owners of this violin designed by Stradivari in 1697. This is not completely untrue. It belonged to Juliette Récamier, a socialite and a prominent figure of the First Empire. Juliette was immortalized in a number of paintings, especially by Jacques-Louis David. In 1804 the violin found a new owner, Gabriel Molitor, a general of the Empire, no one knows why. But, he was also a musician and the violin stayed in his family until WWI.

The Molitor changed owners regularly throughout the 20th century, only to find the fingers of American violinist Elmar Oliveira in 1989, who traded it for the “Lady Stretton” five years later, a violin created by Guarneri del Gesu and owned by a violinist Albert Stern.  Stern will keep the Molitor until 2010 when the precious object is auctioned at Tarisio and won by Anne Akiko Meyers for $ 3.6 million (a record).

The violin of all records. First, The Lady Blunt was sold for £ 84,000. To demonstrate the quality of the instrument, the auction house called Yehudi Menuhin. 40 years later, in 2011, the violin was once again put on sale by Tarisio, this time for the benefit of two associations helping victims of the disasters that occurred in Japan in 2011, and exceeded the record set by the Molitor by reaching the 9.8 million pounds, or more than $12 million.

The reasons for this crazy price? First of all, outstanding state of preservation. Designed in 1721 by Antonio Stradivari (his “golden age”), the Lady Blunt has gone from collectors to collectors, thus remaining in its near-original condition. Very little played, the Lady Blunt does not suffer from the alterations experienced by most 18th century violins. Passed into the hands of the French luthier Jean-Baptiste Vuillaume, he handed it over to Lady Anne Blunt in the middle of the 19th century. Daughter of Ada Lovelace and granddaughter of Lord Byron is the reason of the name of this special violin.