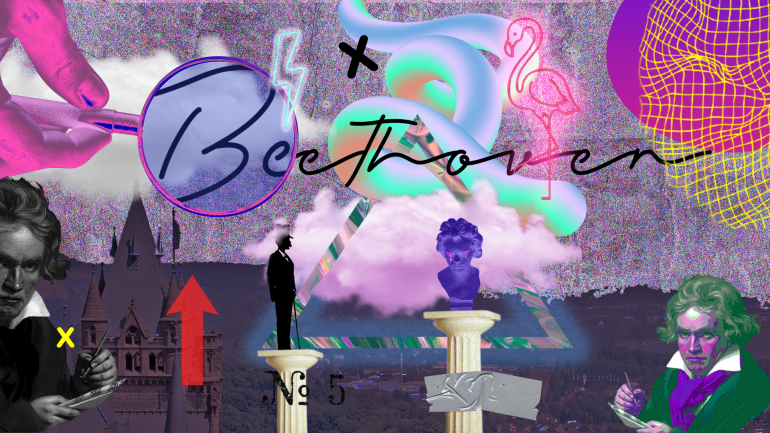 The theory that Ludwig van Beethoven hailed from northern Africa has gotten a lot of mileage in the media during the past year – some of it in light of the anniversary of the composer’s birth, when content-hungry writers clung to every niche notion of his cult, and owing much, in fact, to the resurgence of this theory on social networks in the context of the Black Lives Matter movement. Where does this idea come from, is there any merit to it, and – in the post-truth era we all live in – do the actual facts even matter anymore in this particular case? While many who covered the issue aimed to dismiss the “Black Beethoven” theory as fast as they possibly could (eschewing the claim pretty much in the same breath as their opening lines, really) in fear for their journalistic integrity (which… okay), we here at Mordents Magazine wanted to take a closer look at the whole thing, reaching all the way to the beginning of the 20th century.

The classical composers’ canon: rich in names, facts and dates, and more music than one could possibly consume in a lifetime, yet, until the late decades of the 19th century, not very diverse. There’s a few reasons behind this, and let’s point out just the main two: the musical education and social connections necessary to make it big in this elitist, Eurocentric genre were scarcely available to people of colour prior to the 19th century, and those who did achieve great things in classical music in their time were largely ignored in subsequent years by researchers, concert programing and various musical societies which all play a hand in a constitution of a canon, guaranteeing remembrance.

In their wish to shake up these canonical foundations we all rest too comfortably on, even today, BLM’s focus on Beethoven deserves some explanation. Why not Bach, or Mozart? Why not Haydn? The motive is twofold. One – Beethoven is the alpha male (we already regret this choice of words), the daddy (future regret still looming), the Godfather of classical music. From his musical loins sprung pretty much the entire course of 19th century music, until a few brave souls come fin-de-siècle decided to swim against the current. There is no one whose influence is more powerful; and so there is no one whose cheeky “appropriation” would sooner make classical music lovers clutch their pearls, upsetting the bedrock of Eurocentricism in classical music and a certain notion of cultural superiority that the image of Beethoven has long stood for.

Second – and pretty much primary – reason is that there exist genuine ’clues’ as to Beethoven’s ethnicity as someone Other than white European, scattered in historical documents concerning the great composer. Nicholas Rinehart does an enviable job of examining them, listing a fair few descriptions made by Beethoven’s contemporaries and later researchers. These depictions are relatively ambiguous regarding the composer’s ethnicity, yet they employ some key terms that would later be adopted by those eagerly speculating about the composer’s genetic blend.

Let’s take a look at the facts (and entertain some fictions, too).

A rough summary of what has today been accepted to have been Beethoven’s appearance, based on existing portraits and literary descriptions of his peers: He was a broadly built guy, a hunk of a man. His forehead was broad and looming, his hair thick, coarse and dark. His brown eyes, deeply set. His nose was broad, his mouth wide, and his complexion… swarthy.

An unfortunate word, swarthy, one that not only carries on its shoulders the burden of the entirety of colonial fiction, but also one of the central phrases Black!Beethoven truthers latched on in the years after his death. Descriptions of Beethoven’s dark(er than usually depicted) complexion, combined with mentions of thick black hair, “broad” nose and “protruding lower lip”, set aflame the fancies of a few select, yet very vocal writers – who started mapping out where could he have possibly gotten his looks from.

“The Beethoven family, partly Flemish by ancestry, a mixture of middle class and Rhineland peasantry, had two generations of musicians preceding the birth of the genius who would immortalize their name. In the genealogy of the Beethoven family, there may even be Spanish ancestors. The Low Countries had been occupied by Spain, specifically the catholic areas where the family came from”, writes one online database concerning Beethoven.

The Spanish-Flemish connection is crucial to the Black!Beethoven theory, as the Iberian peninsula had, from sometime in the 8th century up until 1609, a significant Moorish population. Much of Beethoven’s theorized blackness rests on the idea that amongst his ancestors on the Flemish side was at least one Moorish person, before the family gradually moved south to Germany where little Ludwig was, around a century and a half later, born. (We would be remiss if we didn’t mention this is where the title of Nadine Gordimer’s 2007 story collection, Beethoven Was One-Sixteenth Black, comes from.)

There’s, actually, not much to be said here in terms of either busting or affirming this theory – we simply don’t know enough about Beethoven’s family to claim anything! If you try poking around just a bit further up his family tree, soon enough you get hit with a big blank. While his father’s lineage can be traced up until 1485, there is less info on his mother’s ancestors, ending with a certain Mathias Keverich born in 1600. So – somewhat of a dead end, but one that keeps so many interesting options open. Beethoven’s great-great-great-grandmother could well have hailed from Spanish Moors, okay – we don’t know! That’s what makes it such an intriguing mystery – and truth be told, sometimes it’s more fun not to know and just wildly, gleefully speculate.

The speculations, then and now

One of such adamant proponents of the theory was an American-Jamaican writer Joel Augusts Rogers. In his 1934 publication by the name of “100 Amazing Facts About the Negro With Complete Proof: A Short Cut to the World History of the Negro”, wrote: “Amazing Fact #8: Beethoven, the world’s greatest musician, was without a doubt a dark mulatto. He was called ‘The Black Spaniard.’ His teacher, the immortal Joseph Haydn, who wrote the music for the former Austrian National Anthem, was colored, too.”

There are soooo many things to unpack here – experts have already dismissed the “The Black Spaniard” nickname as an error in translation – but! We hesitate to nitpick and mock, as bagging on a text that is almost a 100 years old feels like shamefully easy pickings. There is, in fact, much to appreciate about this book, no matter that some of its claims have since rightfully been disputed. In its very title, a completely understandable yearning can be recognized – a yearning to reclaim and retell the world’s history as a history of people of colour, on whose backs nations were built, and whose own cultures were for centuries dismissed as backwardly. That this desire persists to this day speaks much more to our zeitgeist and still-prevailing cultural hegemonies, than it does to the ‘audacity’ of those openly and daringly proclaiming it.

The Internet has, of course, done little to examine these claims and their author, choosing instead to fan the flames. A web-site called Black History, boldly goes even further than J. A. Rogers to claim, without citing sources to back it up, that Beethoven was, too, “often forced and/or pressured to wear white powder on his face to hide his ethnic origin when out in public. He allegedly also used body doubles for portraits, and “euro-centric” historians, hiding the truth of his genetic heritage.”

Juicy allegations like these were adopted into Black Lives Matter slogans during the summer of 2020, and Beethoven’s name miraculously started to appear on pins, shirts, and protest boards, giving him a far wider reach than he previously enjoyed outside of conservatories and concert halls – not without some pushback.The sudden focusing of attention on the classical music darling as a black man, provoked counter-reactions such as this absolutely bonkers bizarre take (seriously, New York Post, we don’t know you like that, but you chose to publish this?).

Willfully misinterpreting the demand for re-examination of the Eurocentric legacy and gate-keeping as prevalent characteristics of the classical music world for decades, the author proclaims the movement to be an attempt to cancel Beethoven by woke libs. And so Black!Beethoven became, almost amusingly, somewhat of a center-front figure of the 2020 culture war – essentially one of the ropes in a worldwide tug of war match between the left and right, young and old, popular and highbrow culture – with much of the battle playing out on the meme front.

A good point, by which many hastily wrapped up their own articles (…and Twitter threads…) on the subject, is that there are many PoC composers which have existed throughout history and need championship today, without having to claim Beethoven too. Having accepted this conclusion as valid (but recognizing it to be, also, pretty conciliatory), we’d like to offer one more.

The #beethovenwasblack hashtag going (almost) viral proves that there is a great need for a previously inconceivable leveling of playing field of classical music in in terms of gender, race and class. Like Black Santa or Native American Jesus, Black!Beethoven should serve more as a compliment to the universality of the composer’s legacy – which was much proclaimed even in the 19th century, when “the world” arguably consisted of three European empires and about two and a half American colonies – rather than an insult.

Perhaps it is time – instead of raging against the perceived dying of the light which has for classical music been barely flickering even before corona – to accept that, at this 250-year-long separation of the actual man and modern society, Beethoven is steadily, through words and thoughts, becoming more fiction than fact; more myth than man.

While that would give every hardened historian and musicologist a headache (and perhaps a full-blown professional identity crisis), it is, ultimately, a truly liberating thing, which lets us make trap remixes of his most sentimental sonatas without much trepidation of, or reverence for the composer’s famously gloomy, tight-lipped glare; it allows us to embrace and appropriate his image and legacy to reflect on the contemporary reality of classical music. And, boy, does it ever need some critical reflection. 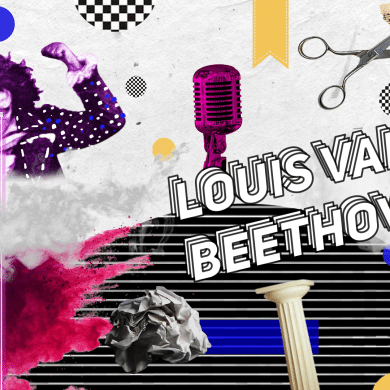