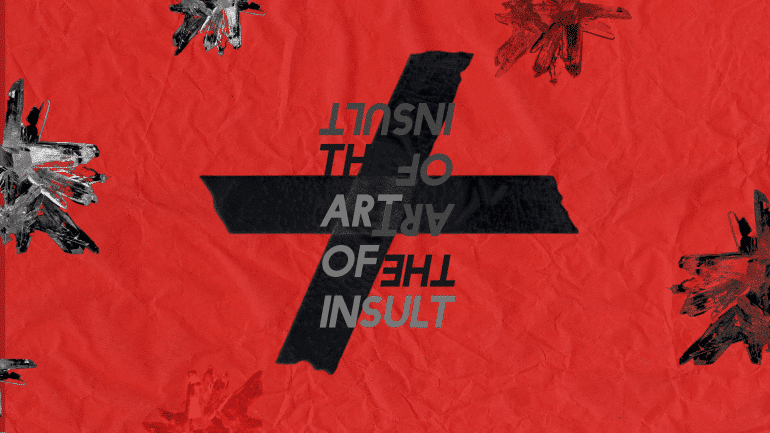 The famed edginess of music critics of times past is a never-ending source of entertainment. In an age of mostly polished and congratulatory reviews, sometimes you just want to throwback and enjoy some quality mockery. The best place to find stuff like this is definitely the 19th century, as the age of budding professional and amateur music journalism – a world of supremely opinionated, incredibly biased art criticism with no censorship, no take-backs, and no mercy. Let’s take a look at some of these impressively finely-honed insults.

We’ll start with our old favourite – Franz Grillparzer, an Austrian writer, dunking on Weber’s Eurianthe with no holds barred: „This music is disgusting. This inversion of euphony, this rape of the beautiful, would have been punished in the good old days of ancient Greece. Such music is illegal; it would create monsters, were it ever possible that it gradually could find public acceptance… This opera can please only fools, or lunatics, or scholars, or street thieves and assassins.“

G. B. Shaw, showing a remarkable level of restraint for his part, merely called the overture of this opera vulgar.

Surprisingly, even beloved musical padre d’Italia Verdi found himself a target of a fair few nasty remarks. And pretty cleverly disguised ones, too! Victorian poet Robert Browning sneakily inserted a critique poetique of Verdi’s „worst opera“ (jury’s still out on which exact opera Browning was thinking of) in his poem Bishop Blougram’s Apology:

Another favorite trash-talker of ours is Edward Hanslick, the ultimate Wagner hater of his day. He didn’t reserve his arsenal of insults just for that curmudgeon, though, but aimed it at pretty much anyone in the New German School. We can see it clearly in the way he writes about Liszt’s famed B-minor Sonata (now considered a masterpiece of Romantic pianism), all the way back in 1881:

“It is impossible to convey through words an idea of this musical monstrosity. Never have I experienced a more contrived and insolent agglomeration of the most disparate elements, a wilder rage, a bloodier battle against all that is musical. At first, I felt bewildered, then shocked, and finally overcome with irresistible hilarity… Here all criticism, all discussion must cease. Who has heard that, and finds it beautiful, is beyond help.”

Of course, not even composers themselves were immune to a little bit of spite, and usually in less verbose and more direct packaging. As Brahms once commented on Rubinstein’s opera Nero: “This music is an adequate representation of Nero’s character. It’s awful!”

Felix Mendelssohn, for his part, advised people to wash their hands after handling a Berlioz score – showing less is more when it comes to expert insults.

A special shout-out, before we continue to some of the greatest musical offenders of all, would still have to go to a pro – Russian critic Nicolai Soloviev, who literally invented the modern stan phrasebook with just one iconic sentence: “Tchaikovsky’s First Piano Concerto, like the first pancake, is a flop.”

The most insulted composers, for the most part, seem to be Beethoven (pretty provocative  in his time) and Wagner (… I mean… did you expect it to be any other way?).

On Beethoven’s Fidelio overture, one German dramatist, August von Kotzebue, writes: „ …something so disconnected, clumsy, chaotic, insulting to the ear, surely was never before written in music.“ (Kotzebue’s opinion must have changed during his lifetime, as Beethoven eventually produced music for not one, but two of his plays, The Ruins of Athens and King Stephen.) English Renaissance man whose primary occupation was art criticism, John Ruskin, adds a similar sentiment in one private correspondence: „Beethoven always sounds to me like the upsetting of bags of nails, with here and there also a dropped hammer.”

Even later than Ruskin, the great Leo Tolstoy, musing on the nature of Art (capitalization necessary), shits on the composer’s Ninth – going so far as to claim this work does the opposite of its famed effect: „…the music does not accord with the thought expressed in the verses; for the music is exclusive and does not unite all men, but unites only a few, dividing them off from the rest of mankind.”

We’d gladly and cheerfully if only there was enough space in this article, now list every single insult Wagner’s oeuvre ever received. It seems like the writers of the latter part of the 19th century really leaned in the craft of the creative diss, just in time for Wagner to proudly march in front of the firing squad. Grillparzer, for example, comes in with all claws out, describing Wagner’s music in one of his poems as something worthy of a prison sentence. Prosper Mérimée, a French writer and archeologist suggested he could write a better Tannhäuser based on his cat jumping up and down the piano keyboard, further pointing out in the very same private letter that the existing work was monstrous, a colossal vexation, an insane fiasco…

England’s greatest diva Oscar Wilde kept his characteristic cool, bon vivant profile even in criticism when commenting the following: “I like Wagner’s music better than anybody’s. It is so loud that one can talk the whole time without other people hearing what one says.”

Finally, Friedrich Nietzche, in one turbulent period of the Wagner/Nietzche relationship, called Parsifal nothing more than sickeningly sweet „bim-bam“ pealing (what?), adding elsewhere in much more precise terms, that it was a „curse on the senses and the spirit”.

We’d like to close this article out with just one more zinger by Nietzsche (we love to see it, really): “Is Wagner a human being at all? Is he not rather a disease? He contaminates everything he touches – he has made music sick. I postulate this viewpoint: Wagner’s art is diseased.”