Be it after 3 days, 3 months or 3 years – break-ups hit hard. Here’s our pick for some classical pieces to guide you through this sensitive times. Grab some tissues and turn up your speakers.

An expected choice, but a correct one to be sure. For those just beginning to cope with the frightful new reality of singledom, Wagner’s Liebestod is the perfect piece to play endlessly until you damage your record (or, more likely, get sick of pressing ‘repeat play’ on your streaming service of choice).

Isolde’s haunting confession of undying devotion to her love, Tristan, starts darkly and ominously, as she begins to grapple with his death. But then, startlingly – her faith in love soars, along with the lush orchestra (say what you will about Wagner, but those symphonic textures… *chef’s kiss*). A blissful future awaits Isolde only in death, and she would rather die than live without her charming prince – as understood from the libretto, which for Liebestod reads frighteningly similar to a series of panicked texts you’d send to your group chat immediately after the incident, insisting they were the only one for you.

An ideal tune for the first couple of nights you’ll be spending alone, alternatively cutting up and burning your ex’s old sweatshirts, or salvaging them from the bin for one last sniff.

The delusions have passed, you’ve gotten more than one stern message from a friend to get your shit together, and now you’re onto phase 2. This is the time to get a little bit messy with the soundtrack. For the ultimate purge-by-scream, we’d go for Hector Berlioz and his Symphonie fantastique, a piece written after such a disastrous flirtantionship that the composer – supposedly – had to resort to opium. (A strong contender here was also Mars from Holst’s Planets suite, for reasons that are too obvious to explain in more detail.)

Obviously, don’t start from the actual beginning of the piece – and don’t you dare even skim the wonderfully romantic, sweeping waltz. Fast-forward, instead, straight to the fifth movement – where your long-simmering rage will be aptly built up by Berlioz’s masterful, creeping score.

If there ever was a way for music to embody the spirit of the clown emoji – mocking but cheerful – it would be the clarinet’s melody in this movement, working to tease all your old resentments. Then, the brass kicks in, just at the right moment for your rage to start materializing, and the rest of the piece leads you into a happy little violent dance.

We stand by this choice – the finale of Symphonie fantastique brilliantly illustrates both the dizzying uncertainty of post-breakup state of mind, and the looming clouds of pure bile that manifest as you sit alone, going through old texts.

For this, arguably the most sensitive stage of your grief period, we’d recommend musical soothing, instead of agitation. So, what better choice than this smooth and shimmering dance piece – Tango by Isaac Albeniz. The hesitating, lilting, endlessly circling steps of the dance itself, illustrate well the back-and-forth of your thoughts during this particular phase.

And one more, just so you don’t think we’re too stingy with our recommendations – Stravinsky’s own little tango piece from 1940 is pretty great, too.

Listen… If you’ve never lain on the floor of your bedroom, trying to pretend like your carpet isn’t in some dire need of a quick vacuum, stared at the ceiling and simply ~emoted~ to some sick pipe organ, you’re missing out on the depth and profundity, and, lastly, all the absurd and amusing theatrics of human pain.

Anyway – it’s in C minor, it’s for the organ, it’s both absolutely miserable and incredibly uplifting – it’s Bach. If there was ever a good companion to depression, this man’s music is it.

Rejoice, for you are finally out of the dark tunnel that is the post-breakup stitch. Ideally, frankly, at this point you should listen to whatever you’d like – but let us leave you with a few final recommendations.

For hard-won ease of mind – Massenet’s Meditation, wonderfully and tastefully interpreted by one of our fave violinists:

In a similar, calm-after-the-storm vein, who could resist the wandering flute melody and shimmering harp arpeggios of Debussy’s Prelude to the Afternoon of a Faun?

And one more, small, bright and warm piece as we send you on your merry way: an absolutely charming arrangement of Couperin’s Les Baricades Mïstérieuses, as you look toward a, hopefully, brighter horizon. 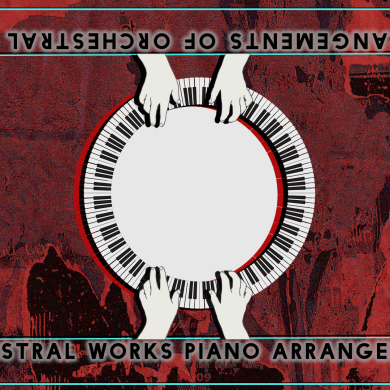