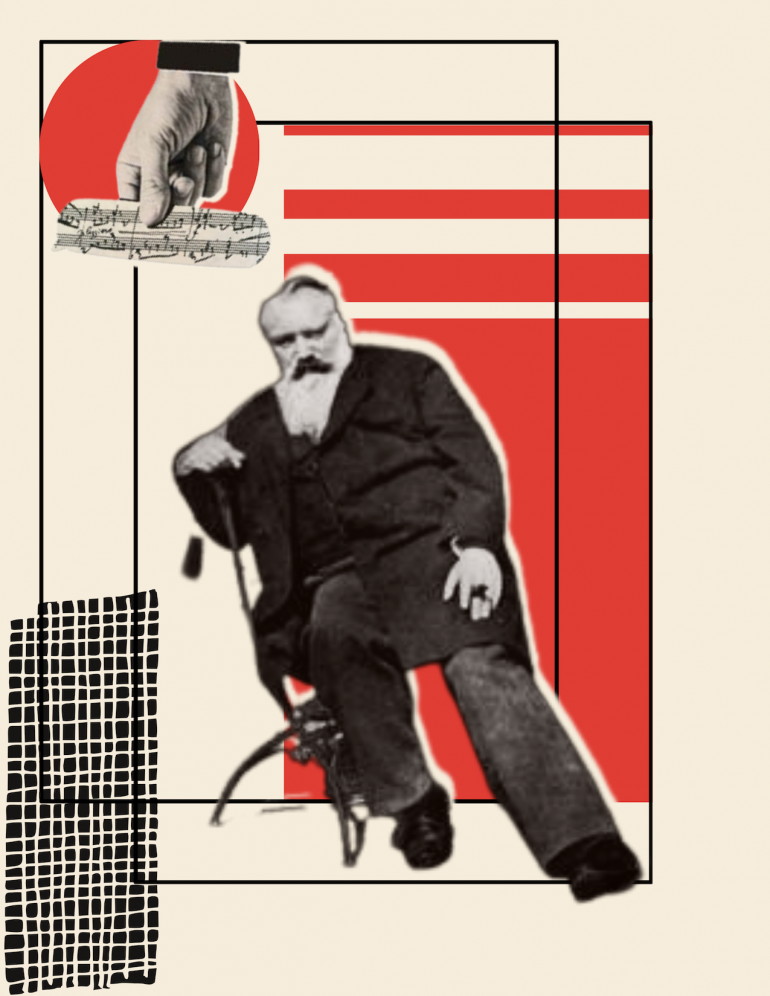 Born in 1833 in Hamburg, Brahms was a freedom-loving man.  A devoted and faithful friend, he was a man who lived with passion and a motto – Frei aber froh (Free but happy). From his beginnings in taverns surrounded by drunken sailors and prostitutes to concert halls around the world, here are some interesting facts to know about the composer of Hungarian Dances.

Johann Jakob (Brahms’s father) was born into a family of carpenters and merchants. He decided not to follow the family tradition, so he became a musician. He was an apprentice of Theodor Muller for 3 years and at the age of 19, he went to Hamburg to work as a musician. He played various instruments, with great skill on double bass and horn. He became a cornet player in the city guard and later became a member of the Hamburg Philharmonic Orchestra as a double bass player.

At the age of 24, he married Johanna Henrika Christiane Nissen, a seamstress who would later work as a maid. She was from Hamburg and they met when Jakob rented a room from Henrika’s parents. Their first years as a married couple were troublesome but they managed to get ahead. In 1864 they separated, and Brahms’s mother died a year later. His father remarried in 1866 with the composer’s blessing.

Reményi, who hired Brahms in 1853 as a piano accompanist, described the young Brahms with following words:

“He was a great reader, especially of German poetry, and he knew most of it by heart. He was reserved in communication with strangers, inclined to be moody and reticent, but when he was with me he was cheerful and talkative”

It is known that he used to carry candies which he would distribute among the children. For adults, however, he kept his most gruff and sarcastic character. His student Gustav Jenner wrote:

“Brahms has, not without reason, acquired a reputation as a grump, though few can also be as lovable as he is”

According to the Viennese press, he liked to visit his favorite tavern “Red Hedgehog” daily. His friends described him as loyal and generous. Despite the fact the sales of his works in 1860 brought him a lot of money, he preferred a modest lifestyle.

He donated much of his money to relatives and anonymously helped support several young musicians.

A Big No to Opera

Brahms was a successful composer who continued classical music tradition after Beethoven. His works were greatly admired.

But, Brahms never wrote an opera. He once said:

“I’d rather have a toothache than compose an opera”

He began to compose his first symphony at the age of 21 and it was not premiered until 22 years later. The work was subjected to constant and severe corrections by the composer until he was completely satisfied. It premiered on November 4, 1876, under the direction of Otto Dessoff. It was published a year later after some revisions.

While Brahms was not a very prolific author, he was indeed a very demanding perfectionist, touching up his compositions continuously throughout his life. A clear example is his German Requiem which took him about 12 years to complete.

German Requiem was his longest composition with 7 movements (between 70-80 minutes long). It was written for soprano, baritone, choir, and orchestra. It is considered one of the most representative sacred works of the romantic period and the one that gave him fame and recognition. It was composed between 1856-1868. Although some movements were performed earlier, it was not released in its entirety (final version) until 1869 with a further revision by Brahms and the addition of another movement.

The reason that led Brahms to compose the Requiem is widely discussed among historians. It is believed that it could have been inspired by the death of his mentor, Robert Schumann, and over time, to the memory of his mother who died in 1865. Before the premiere, Brahms mentioned that he could have called it Human Requiem because it was created for all mankind.

In 1890, when he was 57 years old, he announced his retirement as a composer. However, he didn’t stick to this decision, as he produced many important works later on, especially for clarinet, thanks to his friendship with the clarinetist Richard Mühlfeld.

It was officially released on January 21, 2012, premiering worldwide on one of the BBC stations. The work was accidentally discovered by the British director and musicologist Christopher Hogwood in the collection of manuscripts at the University of Princeton (United States)

The score signed by Brahms appeared in a book that belonged to the musical director of Göttingen (Germany) and also included messages from Liszt, Mendelssohn, and Schumann among others.

He was an avid reader who was fascinated by legends and popular stories. Books always had a special relevance in his life. Proof of this can be found in the numerous letters in which he spoke about reading and his extensive library with works by Gothe, Sophocles, Shakespeare.

“Books are my greatest passion. I have read everything that fell into my hands without any guide since my childhood, going from the worst to the best. As a boy, I devoured innumerable chivalric novels until “Los Bandidos” fell into my hands. I did not know that it had been written by a great literary figure, Friedrich von Schiller. And so I progressed.” (Letter to his friend Hedwig von Holstein. December 1853)

At the age of 14, his first love was Leischen Giesemann, to whom he dedicated a cycle of songs based on a book they read together. It is unknown what happened between the two, although they maintained contact and friendship.

Clara Schumann, if not the love of his life, then probably be the most precious and beloved person. Clara was a brilliant concert pianist, a great promoter of the work of her husband Robert Schumann. Historians believe that Brahms was deeply in love with her but it is not clear if the feeling was mutual. The truth is that they maintained a close friendship for life. She once wrote about Brahms:

“He was a friend in the fullest sense of the word. I can truly say that I have never loved a friend as I have loved him. It is the most beautiful mutual understanding of two souls” (Clara Schumann)

Almost at the altar

Although Brahms remained single without a known reason, in the summer of 1858 he met a 23-year-old singer named Agathe von Siebold. They exchanged engagement rings, but after a year they broke off their relationship.  Some sources say that Clara did not approve of this union.

Among his quotes, we highlight a rather uncompromising one that reflects his sense of humor:

“If there is anyone whom I have not insulted, please forgive me”

After Clara and his failed marriage attempt with Agathe von Siebold, his love life continues.

In Vienna, he falls in love with two singers: Bertha Porubsky and Marie Louise Dustmann. There was also Ottilie Hauer – all of them proposed to him but Brahms did not decide on any of them. Another romance was with his student, Baroness Elisabeth von Stockhausen, followed by love for Clara Schumann’s daughter, Julie Schumann, who was physically very similar to her mother and to whom he dedicated his variations Op. 23.

After suffering a deep depression when Julie Schumann married another man, Brahms grew a beard, his physical appearance deteriorated and he became more introverted and grumpy.

Between 1865 and 1874 he spent his summer months in a house in the district of Lichtental 8 in Baden-Baden (Germany), which he discovered thanks to Clara Schumann. Today it is a biographical museum dedicated to the composer. Among other works, it was here where he worked on his Symphony No. 1 and 2, piano quintet, and the German Requiem.

Baden-Baden organizes the “Brahms Days” festival every two years with a series of performances and events that fill the concert halls with the composer’s works.

At the end of 1852, an exiled Hungarian violinist named Reményi passed through Hamburg, entertaining evenings and concerts for the city’s elite. In January 1853, a fashionable musical event was announced and Reményi was forced to find a new piano accompanist since his usual companion was absent due to illness.

Recommended by the manager of the city’s music establishment, he hired Brahms, whom he considered a musical genius after seeing him perform in the rehearsals. In the spring of 1853, they left Hamburg for Weimar, and during the trip, Reményi visited Joseph Joachim with whom he had studied at the Vienna Conservatory. This was the beginning of a great friendship between Brahms and the conductor, composer, and violinist, Joseph Joachim.

According to the Hungarian violinist Reményi, once in Weimar, he decided to visit Liszt. Liszt enthusiastically welcomed them to his home after the trip and took an interest in Brahms’s compositions by inviting him to sit at the piano. Next, they attended a theory and practice lesson given by Liszt. While playing for his students, Brahms fell asleep. He claimed to be overwhelmed by exhaustion.

Wagner was not a fan of Brahms

These two met in 1864 in Vienna. Due to their opposing musical ideas, hostility was real between them, although it subsided over the years. On the other hand, Brahms always admired Wagner’s music, traveling to Munich to attend performances of “The Gold of the Rhine”, “The Valkyrie” and “Tristan and Isolde”.

He died of cancer on April 3, 1897. The funeral procession was organized by the Friends of Music Society. Brahms had no special wishes regarding the music to be played at his funeral, but he seems to have mentioned to a friend that he wanted to be buried near Beethoven. 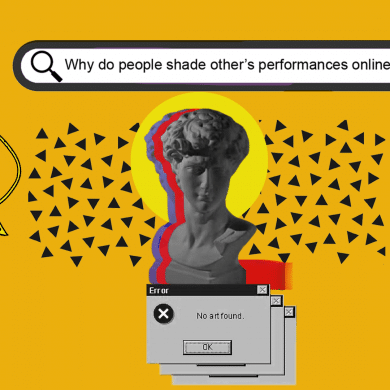