A mysterious and misunderstood artist whose genius outlived the tales of his moody, peculiar character, the composer who lost hearing but still continued to create music – yes, we’re talking about Ludwig van Beethoven. If you think you know everything about him (or you think you don’t know enough) we present you with 10 facts about Beethoven that might expand your knowledge on the matter.

Beethoven was born on the 16th of December 1770 in Bonn, Germany and although this date is most commonly referred to as his birthday, it is not completely clear on what day he was born exactly. What we know for sure is that he was baptized on the 17th of December, so this is the closest we’ll probably get to the truth. Until the day he died at the age of 56, Beethoven battled with his social status and the fact he lost his hearing as a very young man. It is puzzling to this day that he continued and composed some of his best works without being able to hear a single thing.

Many believe that he despised humankind and was a grouch, but even though sensitive and moody, he was a humanist and a romantic who wore his heart on his sleeve. Peek into ten little facts about the creator of Ninth Symphony and see if your impression of him was right or wrong.

The next best thing

The moment his father noticed Beethoven’s gift, he had only one thing in sight: to make him a virtuoso that the world will forever remember. The mediocre musician and an alcoholic, he made Beethoven drop out of school so he could pursue becoming a perfect violinist and a pianist. In order to make him seem more special and talented, he even lied about his age, claiming he was two years younger.

Sometimes love is not enough

Beethoven never married, but he definitely had a habit of easily falling in love. His social status and unstable character made it hard to get married at that time. One such example was Joséphine von Brunsvik who was an inspiration for his opera Fidelio or the Triumph of the Marital Love. Sadly, her family would not allow her daughter to marry a commoner composer.
Although we know of several women who Beethoven truly loved, historians are still confused about who was the inspiration for his infamously passionate and fervid “Immortal Beloved”. The letters were found after his death by his assistant and it is unclear if the letters were ever sent. The identity of the woman these three letters were written for is still unknown.

Beethoven was not an angry misanthrope

More often than not, we imagine Beethoven as a grumpy, ingenious artist who was not keen on socialization and who hated humankind. While some of his best works demonstrate incredible rage and angst, he was a kind, funny and compassionate man. In fact, Beethoven thought of himself as someone who was put on earth to deliver a mission. He made music for the noblemen as he did for charity events, leaving his legacy for generations to come: to those who would doubt his music he once shortly said “they will enjoy it later”.

The first signs of Beethoven’s hearing problems started as buzzing and ringing in his ears. Gradually, the condition was getting worse with time and the composer ended up completely deaf. He suffered greatly because of it. However, he wasn’t concerned that his loss of hearing would affect his ability to make music as much as he feared it would damage his reputation and bring him more enemies. He lived for his music and, according to many, it was the most important thing in his life. For this reason, he was determined to hide his condition from as many people as he could, leaving him seemingly uninterested in social interaction. While he seemed reserved and cold to others, poor Beethoven was just trying to hide the fact he completely lost his hearing.

Despite the fact that Beethoven admired Goethe, he was appalled by his overly respectful attitude towards the imperial family and the nobility of that period. Historians found a letter in which Beethoven wrote to their mutual friend Bettina Brentano that Goethe “likes the air of the court too much” which does not “suit a poet”. He was not shy when it came to displaying disapproval of his fellow countrymen, but Goethe never really addressed any of these statements.

Not the most handsome, but captivating

Bettina Brentano described Beethoven as a small, brown man who carried the marks of smallpox and had dark long hair. She said his clothes were torn and he looked completely tattered. However, she also said that she was mesmerized by the composer and that no one was indifferent to him. He was like a scary wizard, but no one could look away.

The master of improvisation

Beethoven’s rebellious nature drove his teachers crazy. Haydn saw his talent but considered him too undisciplined. While teaching him composition,  Albrechtsberger even said to the class that he was “an exalted music free-thinker” and that they shouldn’t be associated with him as he “learned nothing and will never do anything worthy”. Soon after, Beethoven became unbeatable at the improvisation duels which were very popular at the salons in Vienna at the time. He never really thought much of the critics and clearly, history has proven him right.

The completion of his 10th Symphony was stopped due to his deteriorating health and ultimately his death at the age of 56. All that’s left of that composition are a few sketches. This masterpiece was interrupted and lost forever.
Interestingly, centuries later, Artificial Intelligence has “completed” this symphony, giving us a glimpse at what it might have sounded like. Still, this is only an attempt at copying the mind and the ability of one of the most famous composers and can never be seen as something valuable enough, or a valid epilogue of the symphony.

Troubled by the horrible aches and tinnitus from the age of 26, Beethoven went almost completely deaf in his mid-forties. Dedicated to composing, he came up with the most unusual way to battle his loss of hearing. Since he was not able to really hear the music, he would sit on the ground next to the piano, feeling the vibrations it made.

Ludwig van Beethoven never tried to hide his progressive ideas and revolutionary spirit. He got rid of the traditional wig, as well as trousers and silk stockings. He mixed with “problematic” groups whose ideas partly inspired the French Revolution. It is suggested that perhaps he might have been a freemason. His ideas and beliefs truly belong to the rebellious spirit. Hundreds of years after his departure, his works still transfigure, refresh and transform those who are exposed to his eternal genius. 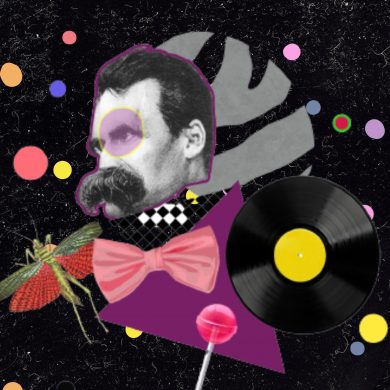