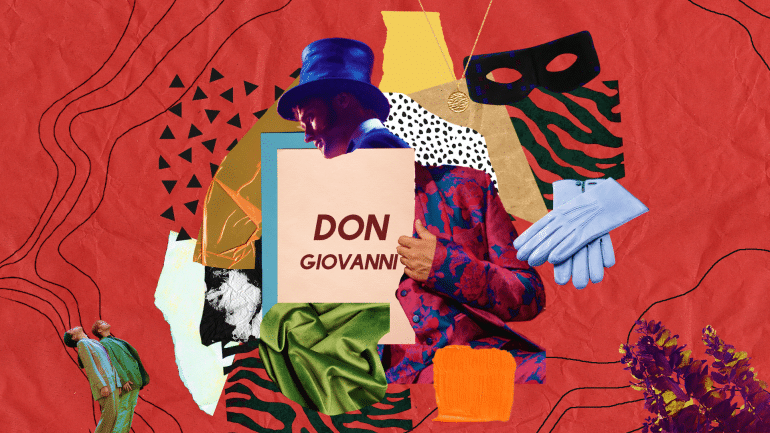 Mozart’s opera of how this handsome rake *cough cough serial rapist* met his well-deserved hellish end has been a fan-favorite for centuries. But how has the eponymous antagonist of this work been interpreted through fashion in productions throughout the ages?

Mordents inspects the costumes of Don Giovanni, wading through all the boring contemporary black-tie looks and the regular ol’ 18th-century dress to bring you some of the more stand-out fits.

For a lot of people, Wächter is the Don Giovanni, thanks to the very influential recording he made with Carlo Maria Giulini and alongside Dame Joan Sutherland back in 1959.

The look reflects the traditionalist streak that coursed through much of opera productions in the 50s. Wächter is styled pretty conservatively, in Tudor fashion – but without all the amusing extravagancies. The ruffled sleeves and the loose collar of his shirt, still, give the baritone an air of casual cocketry.

Another classic, before we move on to more varied, modern productions.

Pinza’s suave looks, along with his „rich, smooth and sonorous voice, with flexibility unusual for a bass“ (thanks Wikipedia!), earned him a rightfully long run at the Met – 22 entire seasons!

About the character’s stylings: we can’t not admire the understated, but an impactful choice of earring. The outfit itself also makes the most of the roguish Don Giovanni, equipping the lush, aristocratic-esque waistcoat with a nice cape (thank you, yes!) and huge, dramatic gloves.

Moving onto contemporary Met – we definitely, if anything, appreciate the fact they went all out for this promo photoshoot.

Based on the coat alone (look at the tassels! The embroidery!), we’d give this look a 10/10. Add to this the lovely shirt, where the detailing gives texture and a sense of elegance.

This is just one of several modern productions you’ll see, in which the stars were encouraged to keep their hair long – a choice we always approve of.

There had to be some losers within our pick. And this, most assuredly, is exactly that.

Alongside other interpretative choices in this production, which we won’t comment on (I pretend I do not see it), the look itself is a big swing-and-a-miss. Purple pants? It’s a no. Checkerboard jumper? Um, nay. The slightly too large jacket over it? Ugh.

Hampson has by now played Don Giovanni a least three times over, and his singing in this production shows it – in the best way possible. Still, we can’t help but agree with certain reviews that the charm has run its course – especially in this atrocious outfit.

Now this, this is nice.

Tbf, every opera production that chooses to reference other theatre forms, and especially commedia dell’arte, easily wins our affection. So we’re a bit biased, FINE.

Don Giovanni as Arlecchino – probably not the freshest concept in the book, but hey, if it ain’t Baroque…

We can’t even see the whole outfit here fully, but the over-the-knee boots just give the Don that feel of „dashing rogue“ that most productions strive for; the black cap and the mask inject a sense of danger and the bold red of the vest hints to the Harlequin archetype.

The full-on black bodysuit underneath, we’re not too keen on, but it makes sense overall in terms of practicality. Feels like it would be unbearably hot under the stage lights, though.

And while we’re talking about red – well, just look at all this *gestures vaguely*

Apparently, Schrott’s performance was the one saving grace of „Francesca Zambello’s witless, charmless, tasteless production“, as described on intermezzo.typepad.com  (we’ll just have to take their word for it).

Based on costuming alone, and the intensity of these stage photos, we might be inclined to agree.

Schrott gives us Mask of the Red Death. He gives us Phantom at the Masquerade.

The rich wine red of the floor-length coat, again – sensuous and fancy. The loose but still tight (?) belt, low on the hips – truly inspired. The frilly shirt collar – yes.

The shimmering material of the trousers, too, while at first glance might feel excessive, would have definitely worked well on stage.

Listen up fives, a ten is speaking.

Listen – there was no way we could’ve prepared you for this. Not one.

Rhodes, bless him, declined to talk much about the costume in all the promo he did back in 2011. That’s fine – we appreciate his elevated artistry.

But let’s talk about it, here, now, just you and us. The coat, again, great (we just love dramatic, ankle-length cape-coats, we’ll own to it). The boots, a smidge too short – definitely not used to maximum dramatic potential.

The huge medallion, the studded belt, the black wig, the hairband, and the mask, though, are the things that really tie this kinky pirate look together.

Big props to Rhodes, who went on stage and sold the sh out of it. 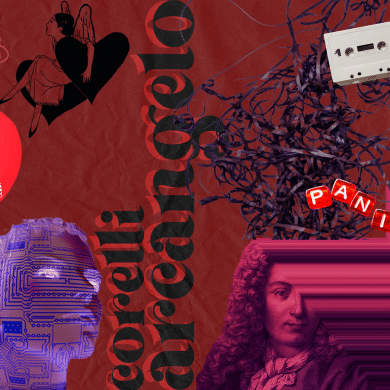